Below you will find a detailed description of the route as seen through the eyes of its creator to give you firsthand knowledge of the type of experiences available along this route The Below map of this road trip’s detailed trail and interactive map. Click on the link in each icon to go to more details

A flicker of brilliant colour transformed your average morning exploration into something magical. Tiny Rainbow Bee Eaters were darting everywhere as we watched the sunrise, and the old bridge come into the light 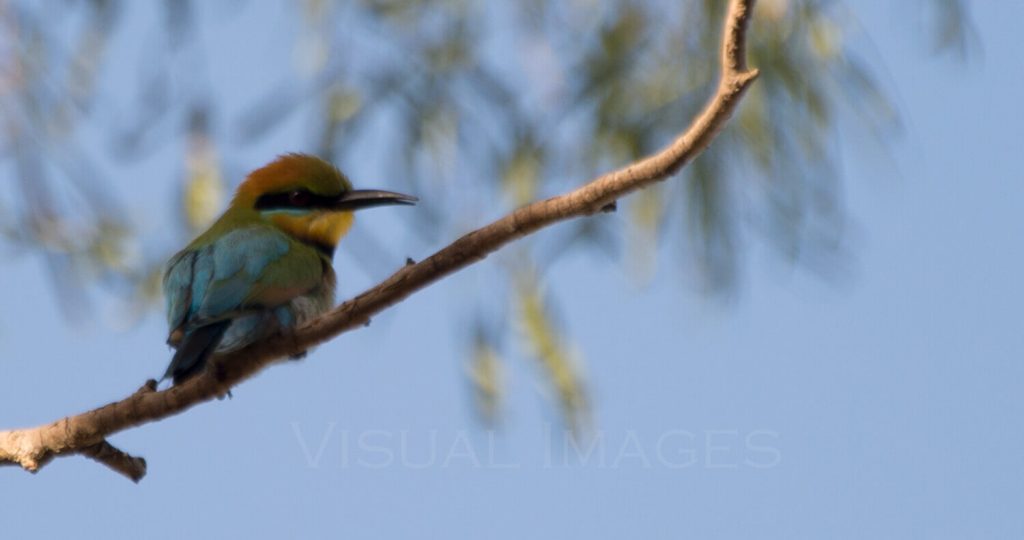 This was also the time of rude awakening. Having never travelled this far north before what we discovered after our casual stroll along the water’s edge was quite alarming. There standing beside me half overgrown and totally obscured was a warning sign…beware of crocodiles when entering and leaving your boat!…..thank god the kids didn’t go for that swim….I feel another mother of the year award coming on

Relieved that no one was eaten, we headed for our next adventure, some deep dark caves (Capricorn caves). Apparently, the caves use to be filled to the top with bat poo, and were hand-dug out (the poo not the caves) and the story of their discovery follows:

The story goes, (don’t quote me on the fine points) to the best of my recollection; the family was on the property for some reason or other when their horse was startled and took off. The kids followed in haste through the long grass in the blistering heat to retrieve their horse only to be distracted by a wallaby. Completely forgetting the horse they then followed the wallaby through the scrub trying to get a closer look when suddenly it disappeared..in the entrance of the cave.

After the children had shown their father Norwegian migrant John Olsen, he went on to claim the land. Now John was no fool and knew full well that if he told anyone about the caves the price of the land as you could imagine, would drastically increase beyond his means. So what the clever bugger did was mark out the block of land positioning the caves in the farthest corner, of the parcel of land that he desired to purchase. Now picture yourself back in 1882, all dressed in business attire trudging the length of wild Australian countryside in the blistering heat. There is no way they would have surveyed to the farthest corner, and, as a result, John got his caves for a song, and dance as they would say in those days and first opened to the public in 1884. (the tour guide told it so much better)

The caves are well kept with amazing bridges and walkways, and there is even wheelchair access to the chapel section. The kids loved it, especially the way out where we were allowed to find our own way through a narrow twisting cave path. We may have had a little too much fun as we found the guide outside waiting for us, everyone else was gone

Now after our deep dark experience, we parked ourselves in the full light for the afternoon, right smack on the beach edge at Emu Park. God I love our country, doesn’t matter how many beaches you’ve seen there’s always something to wow you at the next. On this stop, it was the brilliant character oozing chunky stone wharf. The colours and light transformed and danced along the wharf as the afternoon turned to evening

We stayed the night here because there weren’t any no camping signs. ***However, I have been since told that it is not allowed so in the Roadtrip Details we swapped these two locations around and the night stop is at the caves campsite***

NEXT: Crocodiles in the dark and Historic Railways